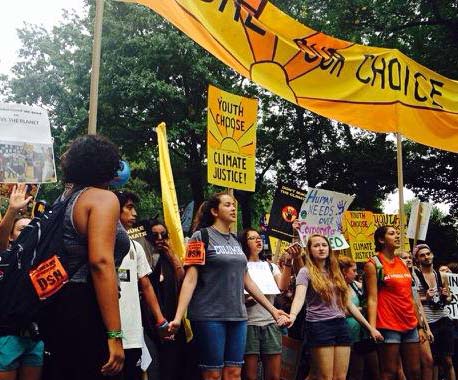 The Association for the Tree of Life believes that the only potential for a livable future hinges on mobilizing our nation, in concert with the voice and support of our philanthropies, to bring about an effective carbon pricing policy.

A revenue-neutral carbon-fee-and-dividend plan is an essential part of US climate policy needed to drive a comprehensive reduction of emissions. We must attain its passage quickly, as time is running out for any effective response.

Yet pushing at Congress right now is a wasted effort, as fossil fuel interests control congressional decisions. And many people are confused about the facts and fail to understand the risk of climate destabilization. With poor and inaccurate media coverage and little mention by leadership, the issue is nearly out of sight and out of mind.

It is time to initiate an open, truthful national conversation about our situation. There is no adequate response without a culture-wide understanding that our carbon addiction is a clear and present threat to humanity. Achieving the carbon fee will require a major grassroots mobilization to win the hearts of enough Americans who realize that their lives, their children's lives, and everything they hold dear hinges on decisive action. The policy can be achieved quickly, despite the political deadlock and the massive influence of the fossil fuel industry. This can happen only through an extensive and compelling warning campaign.

The relevant model is the national teach-in that accompanied the First Earth Day in 1970. One in ten Americans hit the streets, calling for reforms. An entire suite of green policies was enacted as a result. Had we continued the environmental progress and momentum generated by this event—the largest show of public support ever—we might not be facing complete catastrophe today.