What is the point of sitting on this vast sum in a world irredeemably on course for a 6°C temperature rise and beyond? … How would [philanthropists] answer if their children were to ask in 2025, say, in a world staring down the barrel of a runaway greenhouse effect, why they had not thrown their hundreds of billions into the fight when there was still a chance?

Effective climate action is the most urgent imperative facing humanity. It overshadows all other national and global challenges.  Indeed, all efforts toward improving public health, international security, food security, eradicating poverty, and many other areas will be in vain without climate stabilization. 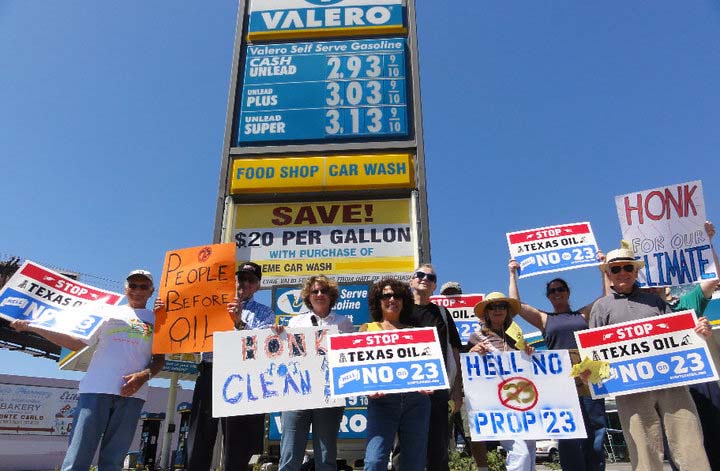 The primary push for carbon pricing must come from a grassroots campaign. The failed attempt at federal climate legislation in 2009-10 (American Clean Energy and Security Act) makes it obvious that a top down, insider-deal, DC Beltway approach simply does not work.[1] However, during the same time period, the grassroots defense of California's climate law, Global Warming Solutions Act (AB32) was very successful, in spite of such challenges as the lagging economy and powerful fossil fuel interests.[2]
Photo: No on 23 Campaign

In combating climate change, philanthropy must adjust priorities and focus on root causes rather than symptoms. In this case, the central issue is the perverse, financial incentive towards ruining our common atmosphere.

The culture-wide incentive to burn carbon must be removed through a revenue neutral carbon fee, as the major US policy needed to drive a broad reduction of emissions. Achieving this legislation within two or three years will require a massive nation-wide climate stabilization campaign that warns, educates, and involves the public in demanding a livable future. Indeed, change must begin with the public.

Philanthropy will play a constructive and decisive role by alerting and engaging society on a large scale, to catalyze action and policy change. A minority of citizens—even a small percentage—can catalyze change if committed, strategic, and organized. 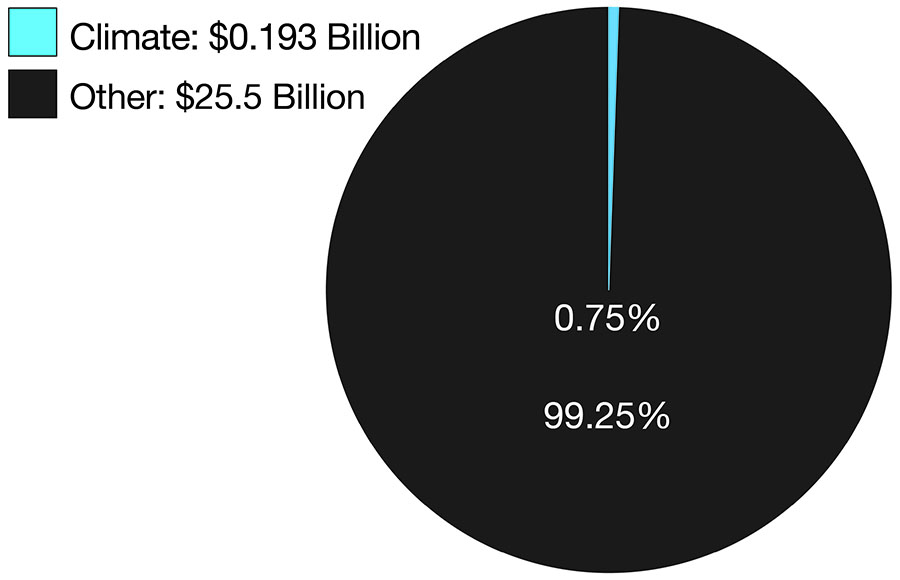 Achieving a carbon fee quickly will require a multi-faceted campaign: (1) a compelling public warning campaign, (2) an educational initiative, (3) a major grassroots mobilization, and (4) a political campaign.

Such an initiative would require billions of dollars on the scale of a presidential campaign, yet current climate giving is only a tiny sliver of whole charitable pie. Moreover, very little currently goes toward educating and organizing the public, which will be required to avert disaster in time.

Initial funding for the kind of large-scale coordinated effort outlined in our larger plan could come from donors participating in the Climate Giving Pledge, a project of the California Climate Breakthrough Initiative.

ATL's Strategic Plan suggests a major shift in climate-related philanthropic funding—from a focus on technological mitigation, to a focus on catalyzing social change. Philanthropy itself could play an active role in engaging scientists, movement leaders, key societal leaders, and in warning the public in order to catalyze action at the relevant scope, scale, and urgency.

Philanthropy is the key first responder, given its cultural credibility, legitimacy, and its extensive financial resources. If it could perceive its position and possibility, it might pull out all the stops, as all humanitarian programs will be burned up in the searing heat if we do not meet the climate challenges.

[2] A Perfect Storm: Lessons from the Defeat of Proposition 23, by Catherine Lerza, Funders Network on Transforming the Global Economy, September 2011.

Cultivating the Grassroots: A Winning Approach for Environment and Climate Funders, by Sarah Hansen, National Committee for Responsive Philanthropy, February 2012