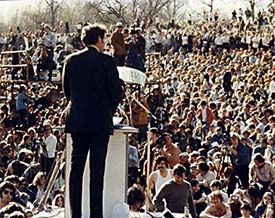 The basis for ATL's approach is that progress in the US has almost always involved grassroots mobilization. For example, in 1970 we catalyzed dramatic change after the first Earth Day, when one in ten Americans hit the streets, calling for reforms. An entire suite of green policies was enacted as a result.

It is time to initiate an open, truthful national discussion about our situation. Public dialogue must be shifted through an extensive media warning campaign, through which citizens come to grasp that our carbon addiction is a clear and present threat to all of us.

Face-to-face dialogue, support, and education also will be necessary for engaging the public. Research shows that a majority of Americans can see that they are uninformed about the climate crisis. They want to know more and many would welcome a national climate education program, with personal teaching and group discussion. 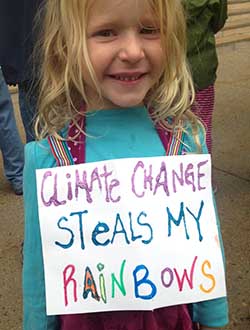 The climate activist movement itself must also be provided with support and resources to better reach the culture. The movement must now win a critical number of motivated citizens who can demand carbon legislation. A small minority of citizens—even a small percentage—can catalyze change if they are committed, strategic, and organized. A comprehensive, effective effort must include local-national coordination, as well as education, direct action, and outreach in order to grow the movement and achieve a national carbon price policy. As the movement expands, we can become as consequential as voters were following the first Earth Day.

The transformation of our carbon-intensive system can only succeed by raising public support, an effort that must be funded by billions of philanthropic dollars and must be on the scale of a presidential campaign.