A Pro-Action Plan to Save the Earth and Humanity

By John Day and Jean Arnold

Profound change is needed in the operating systems for our society and our economy. The public and the policy makers do not understand that both profound and fundamental change is necessary for survival, and little time remains for several necessary U-turns. In his recent book “AFTERBURN: Society After Fossil Fuels,” Richard Heinberg explained “…we must make fundamental changes to industrial society. Before these changes can be approved and implemented, citizens and policy makers must first come to understand that they are essential to our survival.”[1] So if we are to save humanity and the Earth that houses us, we must first recognize the dire situation we are in, and then quickly take action.

First, we must recognize the trajectory of the interconnected energy-climate-living systems crisis is profoundly non-sustainable and will lead to disaster, collapse, and complete social dysfunction. The continuing over-use of limited fossil fuels will end soon; oil and natural gas will be largely depleted by 2100. Most all coal must stay in the ground. Thus, the fuels that supported the Industrial Revolution will be gone.

But even if our resource use continues along a limited fossil fuels pathway, without immediate and severe reductions there will be disastrous consequences.  Simultaneously, natural systems that provide all basic resources to the human economy are being degraded at alarming rates. Scientists say that we are in the sixth great extinction of the last half billion years. Clearly, this trajectory cannot continue without disaster for humanity. 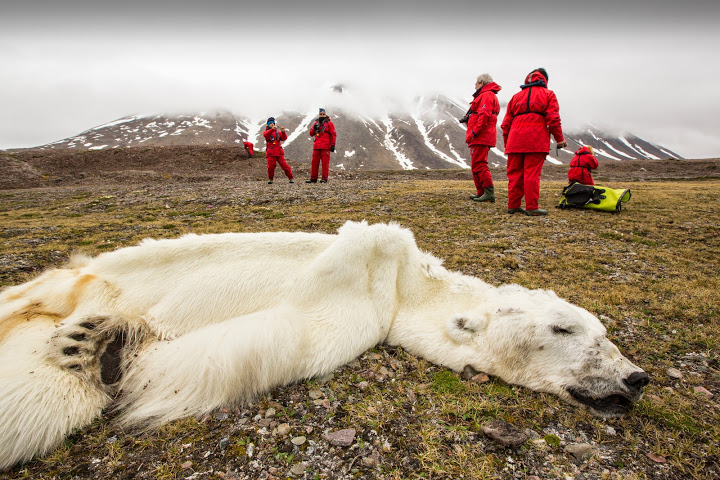 Indicators of climate change are tracking the high IPCC scenarios, indicating that climate impacts will be so severe that our present civilization cannot survive it. Exceeding CO2 limits and many other ecological limits is fatal for much of life and we do not understand that yet. The recent agreement by the G7 to de-carbonize[2] basically follows the curve for exhaustion of most fossil fuels by the end of the century. This will result in severe climate impacts including hellish heat waves, massive flooding from rising sea-levels, and much stronger hurricanes. It’s a future for our kids and grand kids of simply hell and high water, figuratively and literally.

Renewables could soon provide a basic energy supply to maintain a sufficient standard of living. But society must recognize that renewable energy sources can never power the global industrialized economic system in anything like its current state. Some renewables such as biofuels have almost no net energy, but wind and solar can provide a basic net energy supply for society.

However, there are several constraints to ramping up renewables. Renewables would have to grow at rates ten times greater than the rate of growth of fossil fuels in the 20th century if they are to replace current fossil fuel use. Resource constraints, especially metals, will limit renewables. Some estimates are that metals demand for replacing fossil fuels would be as great as what the auto industry currently uses. Finally, wind and solar produce electricity, while many of the activities of the economy cannot run on electricity, but rely on liquid fuels. This includes agriculture, planes, large trucks, ships, and most heavy industry.

As society moves towards a future based on declining fossil fuel use and basic energy supplies from renewables, several things can be considered in a coordinated and constructive response: 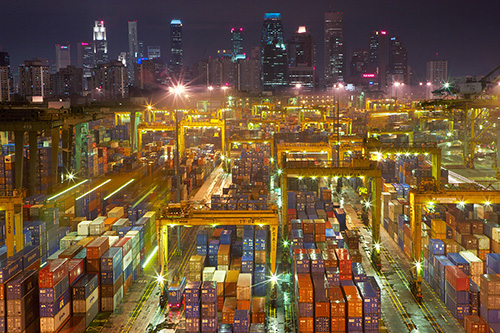 How to Accomplish This

It is one thing to identify the needed measures, while it is another to implement them. All depend on humanity suddenly awakening and quickly responding to the mounting crises.

Yet we continue deeply entrenched patterns of consumption, while employing massive and multiple forms of denial, while we passively endure structural failures. There is very little cultural conversation about any of these crucial issues. The momentum of the current operating system is so powerful, pervasive, and encompassing that effective change seems hopeless. Thus, it seems that nothing can be done to effect the changes needed to remediate the situation. Government and corporations obstruct change; and the public is sleepwalking. 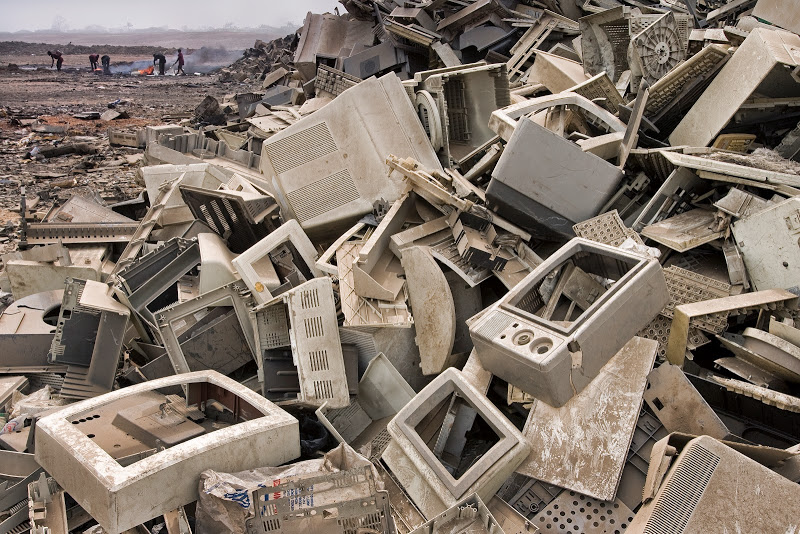 “Even as a waste disposal site, the world is finite.” —William R. Catton Jr.
Computer Dump: Massive quantities of waste from obsolete computers and other electronics are typically shipped to the developing world for sorting and/or disposal. Photo from Accra, Ghana; © Peter Essick. Courtesy: Population Speak Out

We need something powerful to intervene, to put our addicted society on the path to recovery, providing us with a collective wake-up call, clear and powerful enough to snap us out of our trance. But where would this cultural intervention come from? How would it be provided, and what might it look like? Is there an agent that can influence our collective trajectory, to shift from a path of destruction to one of regeneration? Who loves humanity enough to literally pull us out of the fire?

As discussed in our previous article, we see that our only recourse comes from the assistance of either fictional benevolent green aliens or factual philanthropy—that philanthropy recognizing that radical change is required, not ameliorating some symptoms of problems. It’s a matter of scale and billions of dollars are required. Nothing like this has yet been given, so we hang over the brink of complete perdition.

Massive support for a broad-based people’s climate and energy campaign in the US is necessary. Philanthropy could provide billions of dollars for an effort at least on the scale of a presidential campaign, with inescapable media saturation, climate education, hosted moral conversations in tens of thousands of faith “communities of meaning” across the US, and with door-to-door outreach and action. The effort should be simultaneously bottom-up and top-down, with both local and national coordination. To get things done, it must include a whole army of paid staff to fill the roles of coordinators, field workers, and presenters—not just relying on volunteers.

Independent philanthropists can act far more quickly and decisively, and spend more freely than foundations. As of June 2015, 137 billionaires have committed to The Giving Pledge, with at least $300 billion promised for charity. Much of that money is still unallocated. Philanthropists must now consider that without now confronting climate change, none of their other efforts will matter if there isn’t a livable world in which to work to improve the human condition.

It is time for big philanthropists to jump in with both feet to engender deep structural change, especially with effective carbon phase-out policies. Philanthropy is the only game in town to quickly catalyze a campaign that awakens, educates, and organizes the public to demand this. None of the needed measures will come about without such a massive cultural intervention.

Watch the film, and then take just a moment to help catalyze the giving of philanthropists, to play a bigger climate role than ever.

John Day is Distinguished Professor Emeritus, in the Department of Oceanography and Coastal Sciences in the School of the Coast & Environment at Louisiana State University, Baton Rouge. Jean Arnold is Development Director for the Association for the Tree of Life.

[2]On June 8, 2015, the G7 nations made a non-binding agreement to decarbonize by 2100, in order to stay within the 2°C heat ceiling. While this agreement is being hailed as a great stride forward, it falls far short of emission reductions actually needed for the 2°C limit.