The climate is gushing CO2; the oceans are bleeding acid—tipping points are right around the corner.  Without a U-Turn on carbon fuels we will cook ourselves to death. So, how do we create a viable future amidst all of the grim news? This blog provides a plausible answer, starting from outlining what is needed for us to collectively decide to stop the poisoning. 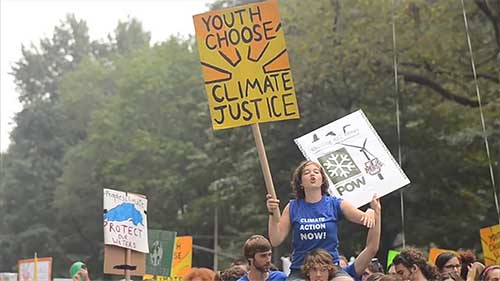 History demonstrates that it takes just 3.5% of engaged, passionate citizens to achieve change.

NOW, for the MEANS

Bill and Melinda Gates, along with Warren Buffett created The Giving Pledge through which 128 Billionaires have now pledged an estimated $300 Billion to Philanthropic causes.  With just 3% of the pledged funds, the $10 billion devoted can engender a viable future.

So, if Philanthropists decide to provide a future, they have tons of money to do just that.  It is more likely if we ask them and explain that they are blowing a lot of good money on temporary fixes, when root causes are ready to be addressed. They could move if we decide to let go of resignation, dis-empowerment, and couch potatoeism—a peculiar 21st Century malady.

Finally, the US must lead on these crises or we all go under, thus the US-centric focus.