The Twilight of the Great Burning: What Comes Next?

With the Paris climate summit fast approaching, isn’t it a good time to use the insights of Richard Heinberg’s AFTERBURN: Society Beyond Fossil Fuels as a context and starting point for a conversation about what can come next, about what is needed following the current world-wide conflagration? Heinberg’s penetrating understanding of the crises and dilemmas we face precedes suggestions about what we might actually do to respond constructively and cooperatively.

Heinberg’s AFTERBURN describes in simple but elegant terms our current predicament. We are in the late stages of the Great Burning, where we have enjoyed a great barbeque of our one-time endowment of abundant coal, oil and gas. We have used up most of the best quality and easiest-to-get fuel. Today, cheap and plentiful energy that drives our economy, moves us immediately and conveniently, all while powering our profligate way of life, can no longer be taken for granted. Even so, climate apocalypse looms as Richard explains; details are in the Climate PR Puzzle.[1] We must leave the vast majority of our ready-to-go fossil fuel reserves buried, some ¾ and counting, if we are to stop frying the planet and ourselves soon after. 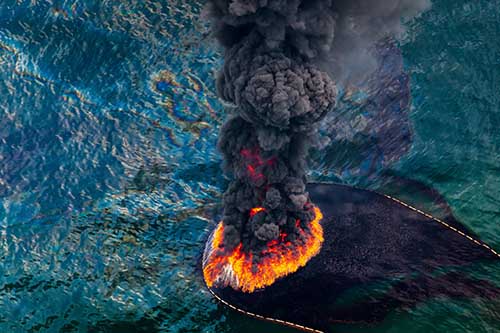 Earth has many tipping points that if exceeded mean catastrophe to ecosystems now and humanity tomorrow. Of the nine widely studied, we have tripped past four. For each of these, fossil fuel excess is the leading culprit. Ocean acidification waits next in line to be tripped. Once again, fossil fuels are the main assassins killing the oceans. Richard Heinberg mentions all of this. He says “we must make fundamental changes to industrial society. Before these changes can be approved and implemented, citizens and policy makers must first come to understand that they are essential to our survival.”[2]

Profound change is needed in our operating systems for our society and our economy. The problems at hand, only some of the most severe mentioned here, are immense, complex, and unprecedented. But, the public and the policy makers do not understand that fundamental change is necessary for survival; most people believe we can just keep doing what we are doing and keep the economy growing. Transparent reality is not seen, nor apprehended, nor discussed. Only a few hopeful signs deserve mention. For example, G7 leaders agreed to phase out fossil fuel use by end of century, German chancellor Angela Merkel announces commitment to ‘decarbonise the global economy’ and end extreme poverty and hunger. But sadly, we have heard this all several times before. 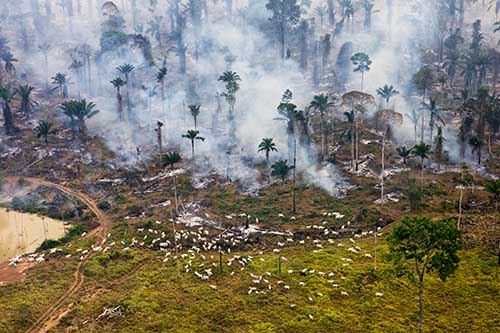 We can say that we don’t just have a fossil fuel, poverty, and hunger problem in our world.  Instead, we have a poverty-hunger-atmosphere-wastes-resource-biodiversity-energy-population-equity-injustice problem, and more. Our natural and social systems giving us life are being stressed to the point of collapse. At Resilience.org, we suggest that denial and cynicism are our last resorts. So, we are asking that our Resilience community engage the ideas and conversations needed in order to showcase effective responses. Plausible comprehensive responses escape our vision. Understanding that the interlocking crises are global, while being simultaneously immediate and chronic, will necessitate breaking down the impossible problem to one that is approachable. We can start by working with an overarching, immediate crisis that is part-and-parcel of many of the other crises, and one that affects everyone.

Here following, we will discuss a doorway to addressing the interacting and interconnected problems. We are aware that effective responses must accompany bold new means of cooperation, and cooperation at the global level. Moreover, the separation and the nationalism that prevents us from restoring and sustaining the several survival commons like our atmosphere, water, air, and a clean healthy ecosphere must be superseded by our ability to act in solidarity as one species.

We Must Start with Climate and Energy

Climate and energy is the two-headed crisis area that overarches many of the interconnecting crises. It meets the criteria: it is most immediate—in that if climate is not stabilized quite soon, we will be unable to continue with civilization, losing most of humanity and probably most of the rest of life. Climate and energy are part and parcel of most of our interlocking crises. If not resolved, then none of the others matter, because all is lost.

Now Let’s Have Some Fun:

Starting with Magic and Myth

Instead of starting from the perspective that the crises are paralyzing and we are “done for,” let’s try something else. Suppose a group of aliens from another world happened to fall in love with us, loving humanity even with all of our warts, and decide that they would operate through humans to rescue us from self-destruction. This is the Magic part. Further suppose that they could muster a limitless amount of money and apply it where it would do the most good. Since they are operating through humans, wanting to keep their identity—even their existence—secret, here is what they might do…………..

First, they would focus on the worst of the worst, the largest perpetrator of this relentless self-destruction. Yes, they would work with and within the United States. They would use several billion dollars to saturate the media; they would support volunteers to go door-to-door; they would send mail to every household; they would buy TV messaging and programming in every zip code; they would produce dramatic plays and movies; they would sponsor free concerts and food festivals; they would have thousands working all avenues of social media—all with a simple and single intent.

With the first phase of “getting them to understand” well underway, the green aliens would then rent and present in every willing faith community in our USA the information that substantiates the crisis, while explaining and detailing the ways and means to stabilize climate and get the energy mix right for all of us and our living systems. The presenters, coordinators, and curriculum could be readily deployed.

Certainly a plurality of the congregations that care about climate would participate in the discussion of the moral and ethical implications of climate stability and the need for world cooperation, instituting social justice, and environmental justice for all. Any quick review of the religious community’s involvement in the issue shows tens of thousands of congregations ready to host the relevant conversations.

And who would come to the community meeting places and church social halls to hear the “Word” about what to do to save humanity from itself through cooperation and solidarity? Well, double the 15–20% who believe we are in deep trouble already. Especially so if program presentations are provided in all communities on a continuous basis. DVDs and good glossy materials to take home would be provided, and more. 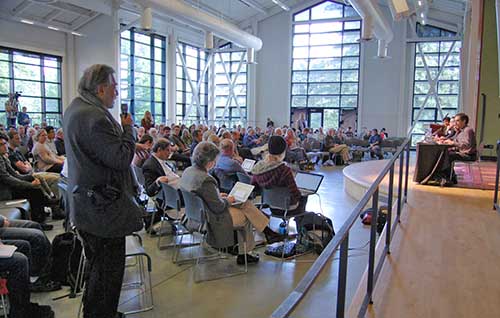 The benevolent green aliens, having quickly informed the heretofore mostly ignorant US public would know—from their years of watching humanity—that in a country like the US, a complete top-to-bottom and bottom-up transformation would happen with only a few million people engaging the climate and energy issue and pushing policy makers. In fact, by their observation, in the last one hundred years, every movement where 3.5% of the population was active has won.

Drawing from that active few-per-cent, the green aliens would support in every way, including financially, the best tenth of the group to make the campaign complete, leading to constructive transformation, climate stabilization, and a just deployment of energy.

So much for Magic, now for Myth. Putting aside the imaginary benevolent aliens saving us from ourselves, where in our culture is it shown that someone loved humanity enough to go to all of the trouble that the Magic fantasy explored? Well, let’s see…………We don’t have to go farther than Greek mythology. Aeschylus in Prometheus Bound (5th century BC), describes Prometheus' character as "humanity loving" (philanthropos tropos), for having given to the earliest proto-humans who had no culture, fire (symbolizing technological civilization) and "blind hope" (optimism). Together, fire and optimism was then used to improve the human condition, to save mankind from destruction.[3]

Mythology illuminates the first great lover of humanity, the first great “Philanthropist” who cared enough to both give humanity civilization with technology as well as save humanity from destruction. Can 21st century Philanthropy replicate most of the fantasy dreamed in the green aliens' story, thus making fiction and magic into contemporary reality? Well, nothing stands in the way of Philanthropy. They could take the steps illustrated there, steps based on plausible reality. What’s more, the Philanthropic funding available from the wealthiest Philanthropists, those 137 (current this June) who are part of The Giving Pledge is at least $300 Billion. For a few per cent of their great wealth, promised to humanity, they could possibly save humanity from itself.

Now for the film that makes the case for turning fantasy into reality, for making magic appear when it is most needed……………..