Bill Gates Is Betting Our Future on Miracles

Microsoft Wizard and richest man on this planet, Bill Gates—leader of the dominating philanthropy in the world—would probably be the last person anyone would believe would “bet the world” on miracles.  Energy Miracles that is……….  But, he did almost 6 years ago and doubled down recently—even though no miracle has been seen since the first big wager. 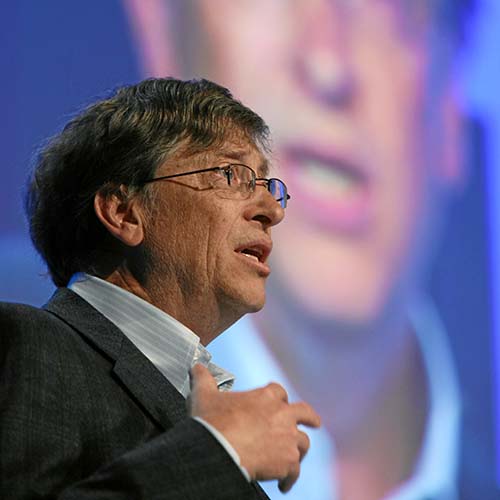 Nonetheless, insisting that the solution to fossil fuels’ induced climate chaos will be through unpredictable innovation and technological breakthroughs, Gates is betting on what has not been seen in this century as yet.  In his November 2015 Atlantic interview, Gates “wants human beings to invent their way out of the coming collision with planetary climate change, accelerating a transition to new forms of energy that might normally take a century or more.” He also indicated: “our best chance to vault over natural gas to a globally applicable, carbon-free source of energy is to drive innovation ‘at an unnaturally high pace.’”

One more quote could be added, this time from his February, 2010 TED talk: “...We actually have to drive at full speed and get a miracle in a pretty tight timeline.”  Now, that particular Gates quote was almost 6 years ago and no miracles have been forthcoming; they are not even dimly seen in the distance. The miracle’s timing is important, because we have very limited time within which a miracle must appear.

Gates is undeniable very, very influential. Whether or not he is right to have us all wait for an energy miracle, many people will wait because Gates says so. The data supports that is what the US population is doing.

Gates is undeniable very, very influential.  Whether or not he is right to have us all wait for an energy miracle, many people will wait because Gates says so. The data supports that is what the US population is doing……. Consider: “Most Americans accept that climate change is real, they just don’t care that much about it,” a mid-October AP poll explained.  Doesn’t this make perfect sense……  When Gates says that techno-breakthroughs will save us and adds that the government, no matter how inept, will have to help,[1] what role is there for the average person in our nation who understands we have a problem, but leaves the miracles to the miracle makers, the techno wizards?  Gates’s approach to the climate crisis, along with Obama’s reassurances about climate and his leadership, echoes Big Green’s “don’t be worried, support Obama and the IPCC” approach to the climate.  Both approaches are mistaken and misleading, as explained following.

The question of this essay is: “How comfortable do you feel about our chances, given Gates’ bets on miracles and government while the rest of us can just sit on our hands and wait for techno-miracles and human ingenuity??”

Let’s assume that Gates understands the urgency of the climate crisis.  He may believe we have some additional time to deal with it because of the “coming” energy miracle he anticipates, but he knows the scope, scale and urgency.[2]  But the country and the culture does not know the extent of the crisis, nor how the future is being determined now by our carbon fuels use.  Most Americans, including a vast majority in the climate movement itself, don’t know that an energy miracle is needed.  Nor does the climate movement communicate the depth of the problem.  Major factors of the Climate Crisis just are not known and not understood by average Americans, even those directly involved in the climate movement itself.

Just a few of many particulars:

Just these five bullet points detail many parts of the climate crisis that are not known or understood, even by participants in the climate movement itself.

Mr. Gates, Sir….wouldn’t it be prudent to hedge your Energy Miracle bet by pushing education of the public??

Let’s believe Bill Gates is a hard-nosed realist, even with his bet on Energy Miracles.  Based on that assumption, wouldn’t it be prudent, even necessary, to spend some philanthropic education funds on educating the American public on the specifics of climate reality.  There are “oh so many” reasons!!!

A massive education campaign, aimed at the grassroots, led to the last major national legislation for ecology and the environment last century.  Knowledgeable people fanned out across our nation and informed people about a massive scale problem that resulted in the largest ecological restoration then on our Earth.  That kind of approach could be done again.  Isn’t it needed?  Isn’t it needed desperately?  Isn’t it a perfect job for Philanthropy:  to educate us, the US on the largest crisis we have faced?

[1] Gates explains in the lead-in to the interview that the (now in 2015) Government will need to help, see the link.

[2] An over-determined and current summary of the scope, scale and urgency is found "Phase Out Fossil Fuels Now!."

[3] See particularly the “Negative Emissions” discussion on page 7 of: "The Three Salient Global Mitigation Pathways
Assessed in Light of the IPCC Carbon Budgets."  Another short piece on whether “negative emissions” are realistic: "Representation Concentration Pathways."

[4] “Bait and switch” strategies from Big Coal have been pandemic, frequently related to the “still fantasy” technology of carbon capture and sequestration.