The Gift of the Trumpocalypse

For growing numbers of Americans, tracking the exploding Trump-Russia scandal has become a necessity, like slowing for a major multi-vehicle pileup. Rachel Maddow delivers bombshell reports almost every weeknight, each plotline adding more gasoline to the conflagration that is consuming our political system. As Senator John McCain has offered: “There’s a lot more shoes to drop from this centipede.” 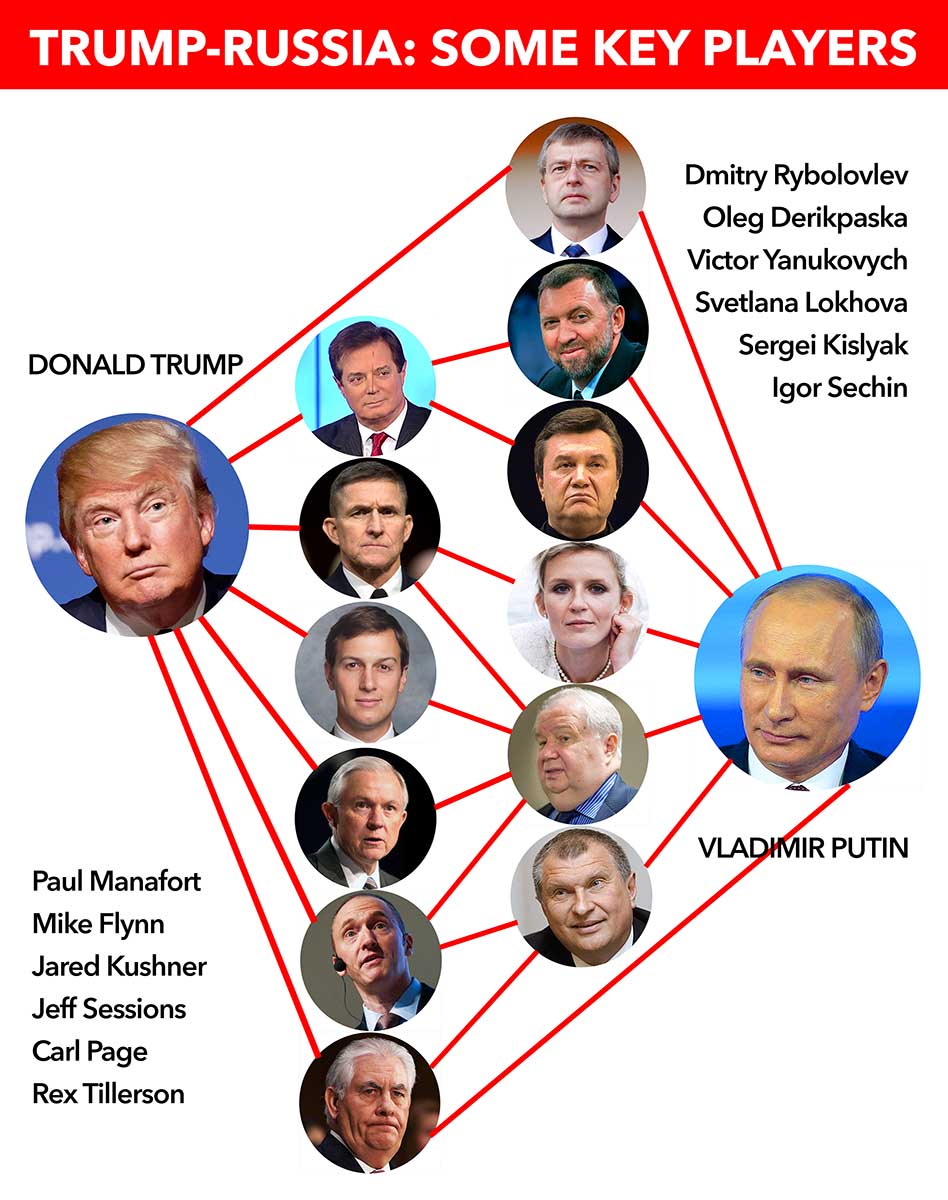 But far more than a James Bond spy thriller, this is an unprecedented concatenation of crises.  We certainly know that Russia undermined and messed with our electoral processes, aiming to bring the USA down a notch or three. Russia spent most of its “chaos capital” on helping the one best “chaos candidate,” and we all know that means “the Donald.” The question is whether the Trumpsters conspired with their Russian benefactors. That investigation unfolds.

If Trump and team aided and abetted Russia, then he will likely be delegitimized and then ousted – which is necessary if we are to stop this administration that is hell-bent on destroying our climate, our government, and so much more. Obviously, we can’t just sit back and wait for his demise – we must continue and escalate society’s fierce resistance. Beyond making Trump “public enemy #1,” consider the larger opportunities he creates.

What can citizens do? For starters, April brings three opportunities to march in many US cities:

We must go far beyond getting Democrats elected in 2018, far beyond chaining corporate power, far beyond protecting vulnerable groups, even far beyond healthcare for all. We can’t just be against Trump. We need a positive vision beyond Trump and powerful organizing principles that that unite and inspire.

Start by understanding that Trump is the “apocalypse” that awakens us from our narcoleptic trance. “Apocalypse” here, from the Greek, means a revealing of information or truths.

Trump’s ascendance is the logical outcome of political and economic systems designed to maximize competition, greed, and inequality. He is a symptom of the mounting, interrelated, crises facing us – most unaddressed and many unacknowledged – the climate emergency, plastic-filled oceans, declining net energy, rising debt, mass extinction, to name just a few.

The harsh reality is that we – all of us – are destroying our “commons,” our biological and ecological lifelines. This was true before Trump’s arrival. Now however, Trump has put his tiny hands around our collective throats, and he promises to end our future.  He is dramatically expanding US fossil fuel pollution, eliminating all constraints – destroying our participation in the Paris Climate Agreement and guaranteeing complete climate calamity.

Do we allow the fossil fuel Juggernaut to take us down, or do we ditch fossil fuels and shape-shift from being parasites and ravagers of the living systems – to being mutualistic, symbiotic, and life-enhancing? Are we capable of defending the web of life; can we see life’s sacred strands as worthy of our best defense? Or do we exit, stage left as just another species that could not adapt to life’s conditions, bringing down much of the rest of life with us?

Even as multiple systemic crises are barreling towards America, now we also face a deep Constitutional crisis. The Trump-Russia scandal is so unprecedented we have no legal mechanisms to adequately address its implications. Russia’s pervasive interference in our electoral processes makes this last election illegitimate, even if Trump’s collusion remains unproven.

We find now that there are no boundaries to this scandal. Pulling on its thread may well reveal a whole tangled web of cooperation, collusion, and corruption, providing the opportunity for political, economic, and social reconstruction and transformation.

America’s founding fathers could not have envisioned today’s dystopian national scenario. Moreover, we are still operating on vastly outdated political, economic, social, and moral principles – created several hundred years ago when the New World and its resources were first discovered and its exploitation began. Today’s world is fully exploited and is becoming increasingly depleted. Yet, all schools of economics argue for continuing exponential growth on our one and only finite planet. Can we have a national conversation about that insanity? Can we scale our economy to what our beneficent Mother Earth can provide and maintain?

Trump has exacerbated our collective crises; he has exposed himself as the little man behind the “Wizard of Oz curtain.” The question is, how do we return to Kansas? We are in a wicked situation and the crises are wicked crises. But, the gift of the Trumpocalypse is that now they are revealed. Can we respond?  Will we?

Well, it’s up-to-us. Everything is at stake: all of humanity and all of life.