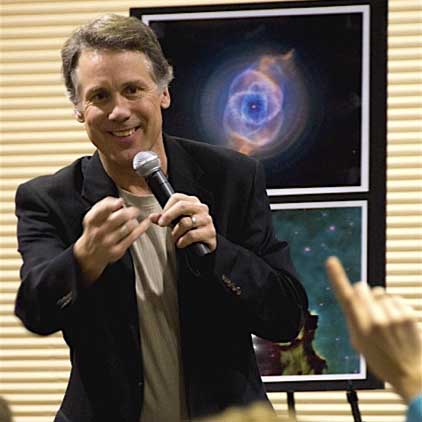 This program, geared for adults and teens, builds on Rev. Dowd’s most recent TEDx talk, “Reality Reconciles Science and Religion,” and also expands on material in his bestselling, bridge-building book, Thank God for Evolution: How the Marriage of Science and Religion Will Transform Your Life and Our World, which was endorsed by 6 Nobel laureates and other science luminaries, including noted skeptics and atheists, and by religious leaders across the spectrum: http://michaeldowd.org/endorsements/

“God is reality with a personality, not a person outside reality. If you don’t get personification, you can’t possibly understand the world’s myths and religions — and you’ll surely miss what God/Reality is telling us today through scientific evidence. Few things matter more than this in a world of ecological degradation and climate chaos. Anyone who doubts this need only watch one or two of the Hollywood star-studded Nature Is Speaking videos that have gone viral in recent months.” ~ Michael Dowd (a.k.a. “Rev. Reality”)

Reality Is Lord! — A Scientific View of God and Why This Matters on a Rapidly Overheating Planet

DESCRIPTION: Science and religion are not enemies; indeed, they must work together if humanity is to survive the 21st century. Given our impact on Earth’s climate, the seas, and other species, humanity is about to experience what could be called The Great Reckoning. The good news is that this will also be The Great Homecoming: the prodigal species coming home to Reality. This presentation will focus on 6 points of agreement held in common by tens of millions of religious and non-religious people across the globe — and how to stay inspired in the face of changing climate and other large-scale challenges.

Rev. Michael Dowd is a climate hawk, bestselling evolutionary theologian, and one of the most inspiring science and religion speakers in America today. He and his wife, Connie Barlow, an acclaimed science writer, have spoken to some 2,000 secular and religious groups across North America since 2002. Michael has delivered two TEDx talks and has also spoken at the United Nations. In 2014, he created a 5-part ‘Factual Faith / Sacred Realism / Religious Naturalism’ discussion course for church groups, titled, “God in Big History.” Most recently, he interviewed 55 of the world’s leading experts on climate change and other global scale challenges facing humanity, “The Future Is Calling Us to Greatness”.